The Sabah Sarawak Gas Pipeline (SSGP) is a 512 kilometre natural gas pipeline in Malaysia that links Kimanis in Sabah to Bintulu in Sarawak. The SSGP is part of Petronas’ Sabah–Sarawak Integrated Oil and Gas Project and was built between 2008 and 2014. Petronas is a global energy and solutions company ranked amongst the largest corporations in the industry and we, at TRE Altamira, provide InSAR services to assist them in the long-term stability monitoring of the pipeline. 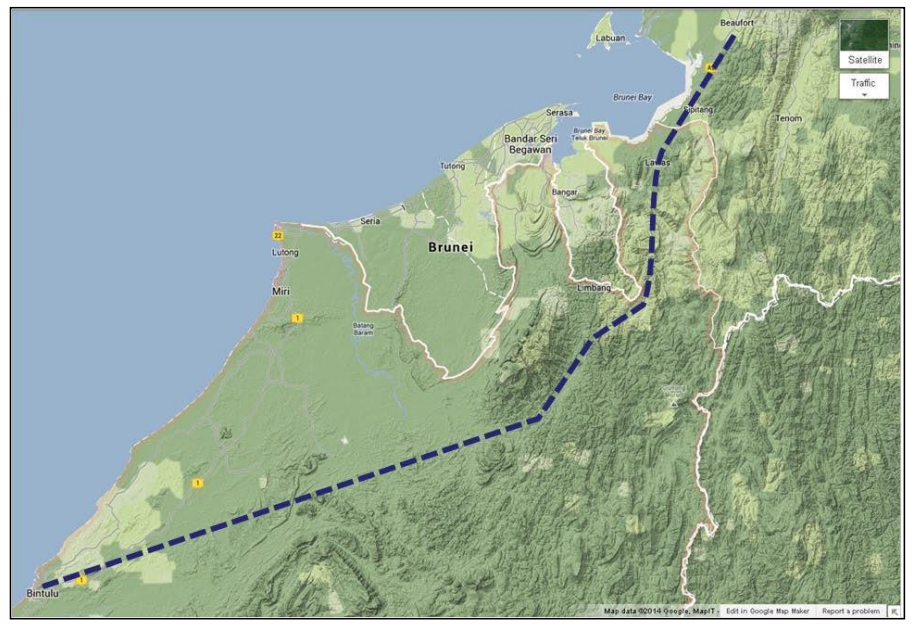 Area of interest (AOI) for this project.

A combination of two specific satellites was selected in order to maximize the performance of the monitoring service over the SSGP: Sentinel-1 – a C-band satellite capable of providing a dense network of measurement points over the pipeline and surrounding areas, and ALOS-2 – an L-band satellite capable of higher performance in areas of denser vegetation whilst capturing greater movements.

Sentinel-1 (C-band) imagery from May 2015 to November 2019 and ALOS-2 (L-band) imagery from August 2014 to December 2019 were processed over the pipeline corridor. Despite dense vegetation, over 37,000 measurement points were identified, providing an understanding of historical baseline movements.

The SqueeSAR® results have confirmed the advantage of an integrated two-satellite solution: L-band data provides a more homogeneous distribution of measurement points over vegetated and cultivated areas compared to C-band data, which, on the contrary, provides a greater point density over infrastructure, buildings, and other man-made structures. At the same time, given their signal wavelengths, L-band is less sensitive to slower movements, which can be easily detected using C-band satellites, but is better adapted to detecting relatively faster movements in the order of centimeters/year.

The surface change maps have identified several hundred changes in ground reflectivity during the monitoring period, which can be due to both anthropological and natural causes.

Annual water body maps are also being produced regularly, using both the Sentinel-1 and ALOS-2 imagery. It is important to highlight that the results of the water body maps are a trade-off between the spatial resolution of the SAR data and the size of the water body extent: the main challenges that the algorithm faces are the presence of wind, shallow water, vegetation and ground materials that impact on the satellite’s detection capability.

In conclusion, Sentinel-1 and ALOS-2 results together provide high density information over the entire SSGP and as a combined service are enhancing the monitoring capacity of SqueeSAR® in challenging areas such as this one. 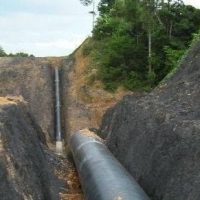