We are pleased to be featured in the latest issue of Géologues, the French Geological Society magazine.

The article “L’interférométrie radar au service de la cartographie et de la surveillance des mouvements du sol. Application à l’étude des déformations dans le bassin de Neuquén (Argentine)” details our InSAR project with the multinational company TOTAL to monitor large scale deformations related to tectonics affecting the Néuquen basin, one of the largest petroleum provinces in South America. The aim of the project was to evaluate the contribution of InSAR to anticipate the directions and magnitudes of the current tectonic forces to be able to optimize drilling campaigns.
The large-scale ground motion study was performed using 70 images acquired by the European Space Agency satellite Sentinel-1, in ascending and descending modes, between December 2014 and January 2017. Images in both acquisition geometries allowed the East-West and the Vertical component of the deformation to be estimated.

Deformation was detected around some active exploitation sites where water injection activities resulted in a terrain uplift of more than 30 mm over the period of study. Uplift reduced when the injection activities stopped. Subsidence was also observed around some production sites with values of around 20 mm during the period of study, however unlike the detected uplift, the subsidence phenomenon shows slower kinetics and continued once the production phase was completed. Landslides were also detected in some areas.

This is one of our most recent projects with TOTAL as part of a long-term cooperation started in 2005. Since then several milestone projects have been successfully concluded in various challenging fields such as the monitoring of SAGD operations using Corner Reflectors networks or offshore anchored platform motion control.

InSAR is a consolidated tool for measuring the impact that conventional Oil & Gas exploitation activities can have on the terrain surface. This information on surface motion associated to oil and gas exploitation is also used as input data for modelling the mechanical behaviour of reservoirs. 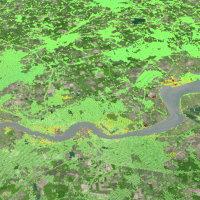 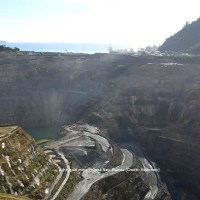 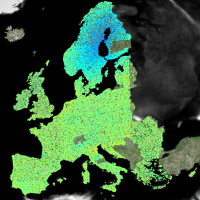